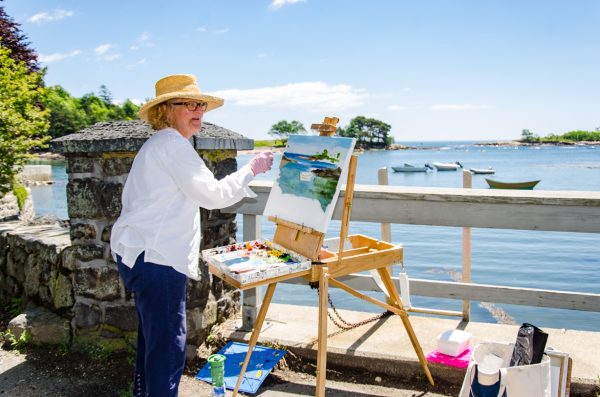 When a small group of Marblehead residents decided to host an arts festival in 1962, it’s unlikely they could have foreseen the cultural significance the event would still hold 60 years later. The scale of the festival, which attracts thousands of visitors and works from roughly 2,500 artists from all over New England, speaks volumes about the far-reaching appeal of this annual Fourth of July tradition.

The 56th Marblehead Festival of Arts runs from July 1 to 4, but it really kicks off June 26 with a swanky champagne reception at the newly refurbished Fort Sewall. A nostalgic evening of live music, tastings by local restaurants, champagne sipping with splendid harbor views marks, for Marbleheaders, the official arrival of summer. 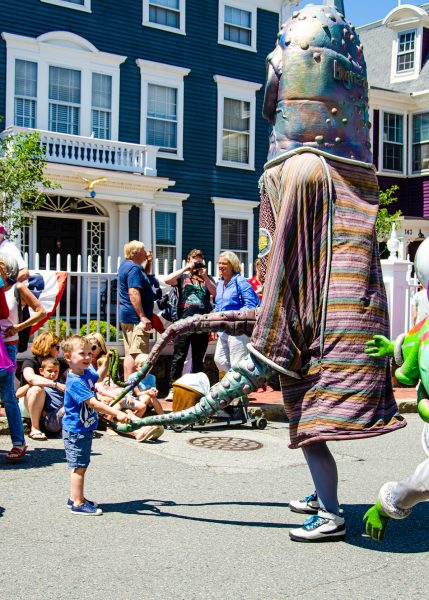 This year’s lineup marks the return of hallmark events that had been affected by the pandemic in recent years – live concerts at Crocker Park, the street festival, a boat-building regatta at Redd’s Pond, sand sculpting at Devereux Beach, a children’s festival, and a literary festival. Visitors will be able to get their face painted, have a caricature drawn, wonder at a magician’s illusions, attend talks by notable authors, watch plein air painters at work, and dance to live music in Crocker Park.

Organizers and participants alike would agree that the heart and soul of the festival are the juried art exhibits scattered throughout the town, featuring artists ranging in age and medium from children’s art to award-winning photography, painting, and multimedia exhibits. 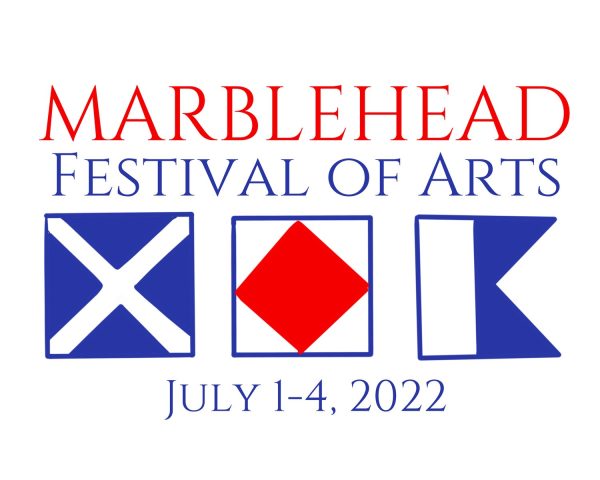 A prestigious logo contest, as old as the festival itself, invites community participation throughout the year, and ultimately produces a unique design symbolizing each year’s festival.  Town residents vote for their choice of logos. All advertising and promotional materials, including t-shirts and hats sold during the festival, feature the winning logo, which was announced in March. This year’s chosen logo, created by local artist Michelle Brown, features three nautical flags standing for the initials of the event: M.F.A.

A relative newcomer to the festival – introduced at the 50th anniversary – is the Cods of a Different Color Auction, an online fundraiser which invites 50 local artists to create, paint and decorate a wooden codfish. The resulting colorful, mixed-media renditions are displayed throughout town and auctioned online mid-June through the last day of the festival. This year’s cod include a simple wooden design adorned with an original fishing limerick, a playful blue fish bearing children’s marbles, several featuring landscape paintings of Marblehead, and many more. The auction is open until July 4.

Nearly nine months ago, a large task force – including 12 to 14 board members, 20 co-committee chairs, and 100 committee members – began the initial planning, according to Bill Smalley, festival director and past board president who began volunteering with the event in the 70s. The team includes another 250 to 300 volunteers who work during the actual festival.

“They do it for the love of Marblehead, Essex County artists, and the love of art itself,” Smalley says.

Longtime festival board member and current 2nd Vice President Kiki Kinney, oversaw the Artisans Marketplace in 1999 and recalls the festival’s transformation from a small one-day event. “Over time, what started as a local show became one of the most successful events in our area, showcasing artists from all over New England,” Kinney says

Veteran festival volunteer Brian Wheeler will serve this year as Chairman of Performing Arts, producing three days of music and a film festival on Marblehead Harbor—both signature events. Wheeler asks that performers “give us something special in their performance or invite guests that fans would not see at their other shows.”

Town Selectman Jim Nye sees the significance of the festival as a unifying, town-wide celebration. “For those three days, Marblehead is really at its best. It’s just sensational!”