The year of Covid, 2020, wreaked havoc on small businesses/organizations. “Weathering the Storm” will profile local businesses in an attempt to celebrate survival and the promise of calmer seas on the horizon. We ask about the enormous challenges they faced, how businesses adapted, what the future holds, and ultimately how, as a community, we may help them rise above the tides.

Choosing a band name can be a laborious process. In the case of “Better Than Nothing,” the band seemingly landed upon the name with an ease that represents their humble beginnings. Lead guitarist and singer Craig Smith explains that while many names were tossed around when one band member quipped that any name was “better than nothing,” the band quickly adopted it. It stuck and still resonates 16 years later.

“Better Than Nothing” (BTN) met casually at Red Rock Bistro in Swampscott during an open-mike performance by local fan favorite Chad Hollister.

“We got this crazy idea to start a band,” said guitarist and singer, Forrest Rodts. 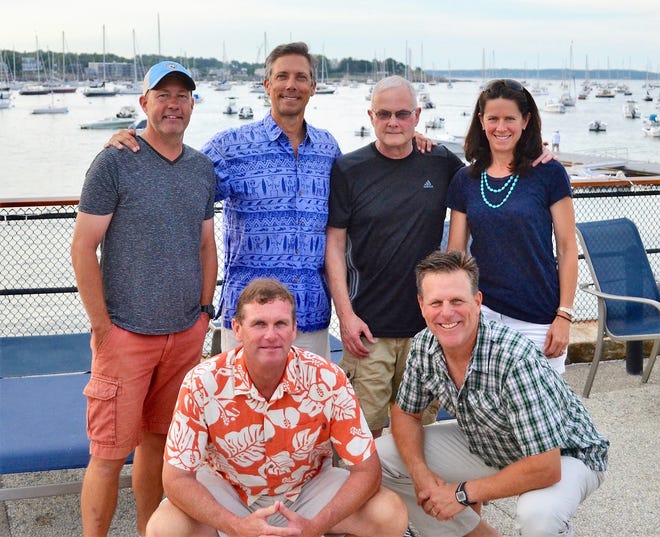 The band “Better Than Nothing” will be playing at The Beacon in Marblehead Saturday, Dec. 4, 2021

The band is humble, perhaps, because they are admittedly not professional musicians.

“We all have our day jobs,” said Smith. But they take their music seriously, devoting most Tuesday nights to recording rehearsals, working on vocal harmonies and instrumental blending.

Rehearsals are integral to the band’s chemistry.

“We get to try new material and work out any kinks. And, the work we do on vocals really sets us apart from a lot of bands,” said Smith. “We’ve learned that sometimes you have to turn down the acoustics to get the sound right.

“Playing together and rehearsing for 16 years certainly adds to our confidence level,” he added.

The band features Smith and Rodts along with Tom Erskine, Bill Quigley, Michael Smerka, and Kim Hutchinson. Thanks to close friends and successful networking, the group has been known to grow from six to ten when local horn and harmonica players lend their talent.

Crowd-pleasing tunes from The Rolling Stones to the Doobie Brothers and Tom Petty make up the core of BTN’s playlist. To keep things balanced and fresh, each band member is tasked with bringing ideas for new songs on a regular basis.

As evidenced by consistently packed venues, Marbleheaders respond to BTN’s music, energy, and vibe. The band has a significant following of dedicated fans who eagerly anticipate the setlist and join in on the vocals.

“There’s no better feeling than having 100 people singing along,” says Smith. And Rodts agrees, “Yea, there is no rush like that.”